Questions like this get asked every so often to see if new information has been dug up to assist in one side becoming a decisive winner over the other but you may see the appeal in keeping it controversial when the conversation itself takes on its own form and a life of its own when you bring it up in groups. On such way is to talk about the weapons and armor.

www.historyonthenet.com states that " Because iron was hard to dig out of the ground, weapons could be costly. Only the richest Vikings would own the complete set of available weaponry: sword, sax (a short sword), axe, spear, bow and arrows, shield, helmet and chainmail. Poorer Vikings would carry an axe or a spear and a shield. Even the poorest Vikings had access to the ax he used at the farm. The most expensive weapon was the sword, as it took the most iron to make. Rich men owned swords, the most prestigious weapon. Swords were double-edged and about 35 inches long. Most were pattern-welded, which means wrought iron strips and steel were twisted together then hammered into a blade with a hardened edge. Swords were often highly decorated and many had names such as Blood-hungry or Leg-biter. Vikings carried their swords in scabbards, worn over the shoulder and always accessible to the right hand.

All Viking men would carry a round shield for protection. How rich a Viking was determined his defensive weapons. A rich man might also own chainmail and an iron helmet. Chainmail was difficult to make and no doubt quite expensive. Helmets were basically an iron bowl that protected the head, and many had a nose piece to protect the face. Poorer Vikings without access to chainmail wore thick, padded leather garments which gave some protection from edged weapons.

Viking shields could be up to a meter wide. They were made of wooden boards riveted together with an central hole for a hand grip. Shields were also highly decorated and some were painted with patterns or mythological heroes."

These weapons may be simple but when always kept at close reach they were easy to stay vigilant at night and always rousing for the next time to prove themselves. The knights on the other hand had their own  feats and and set of tools to work with.

Dirk H. Breiding explains that, "First, knights rarely fought alone, nor did medieval and Renaissance armies consist entirely of mounted knights. Although knights were the dominant force of most of these armies, they were invariably—and with time increasingly so—supported (and opposed) by foot soldiers, such as archers, pikemen, crossbowmen, and handgunners. During a campaign, a knight depended on a small host of retainers, squires, and attendants who lent armed support and looked after his horses, armor, and other equipment—not to mention peasants and craftsmen, who made the organization of a feudal society with its warrior class possible in the first place.

Second, it is wrong to assume that every nobleman was a knight. Knights were not born but created, by other knights, feudal lords, or sometimes priests. And, under certain conditions, people of non-noble birth could be knighted (although the knighting was often regarded as their admission into lower nobility). On some occasions, mercenaries or civilians fighting as ordinary soldiers could be knighted for exceptional displays of courage and valor, while in later times a knighthood could be bought. 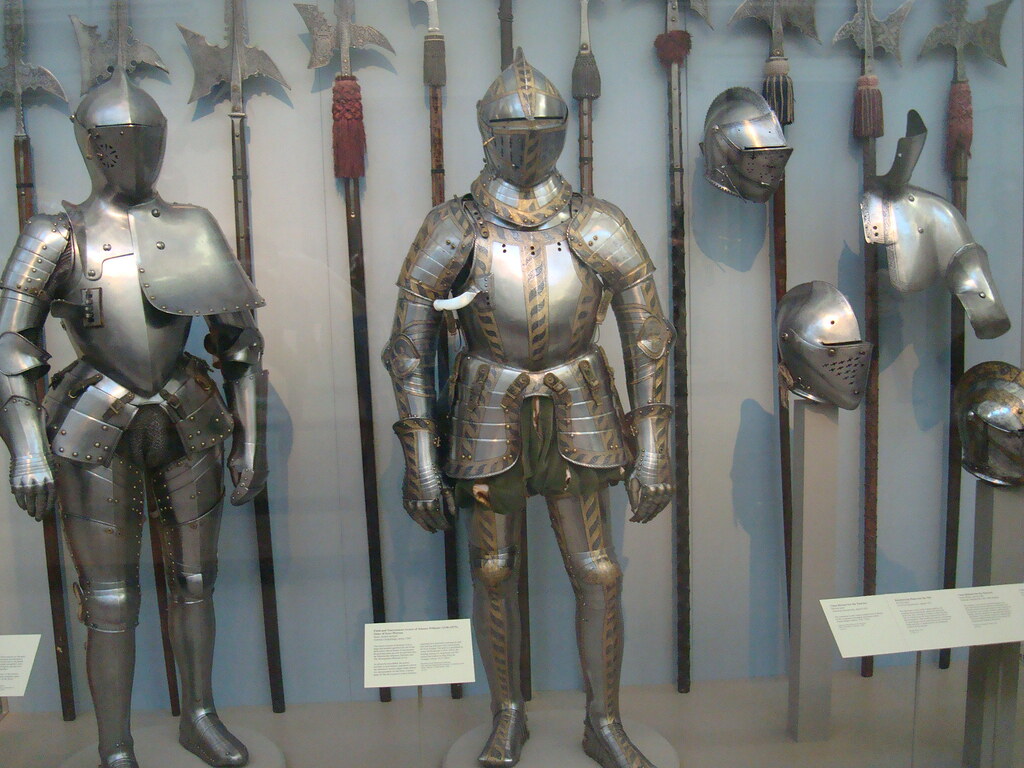 In other words, it was by no means an exclusive right of the knight to wear and fight in armor. Foot soldiers such as mercenaries, or groups of retainers comprising peasants, as well as burghers, also participated in armed conflict and accordingly protected themselves with armor of varying quality and extent.

An entire suit of field armor (that is, armor for battle) usually weighs between 45 and 55 lbs. (20 to 25 kg), with the helmet weighing between 4 and 8 lbs. (2 to 4 kg)—less than the full equipment of a fireman with oxygen gear, or what most modern soldiers have carried into battle since the nineteenth century. Moreover, while most modern equipment is chiefly suspended from the shoulders or waist, the weight of a well-fitted armor is distributed all over the body. It was not until the seventeenth century that the weight of field armor was greatly increased in order to render it bulletproof against ever more accurate firearms. At the same time, however, full armor became increasingly rare, and only vital parts of the body, such as the head, torso, and hands, remained protected by metal plate. 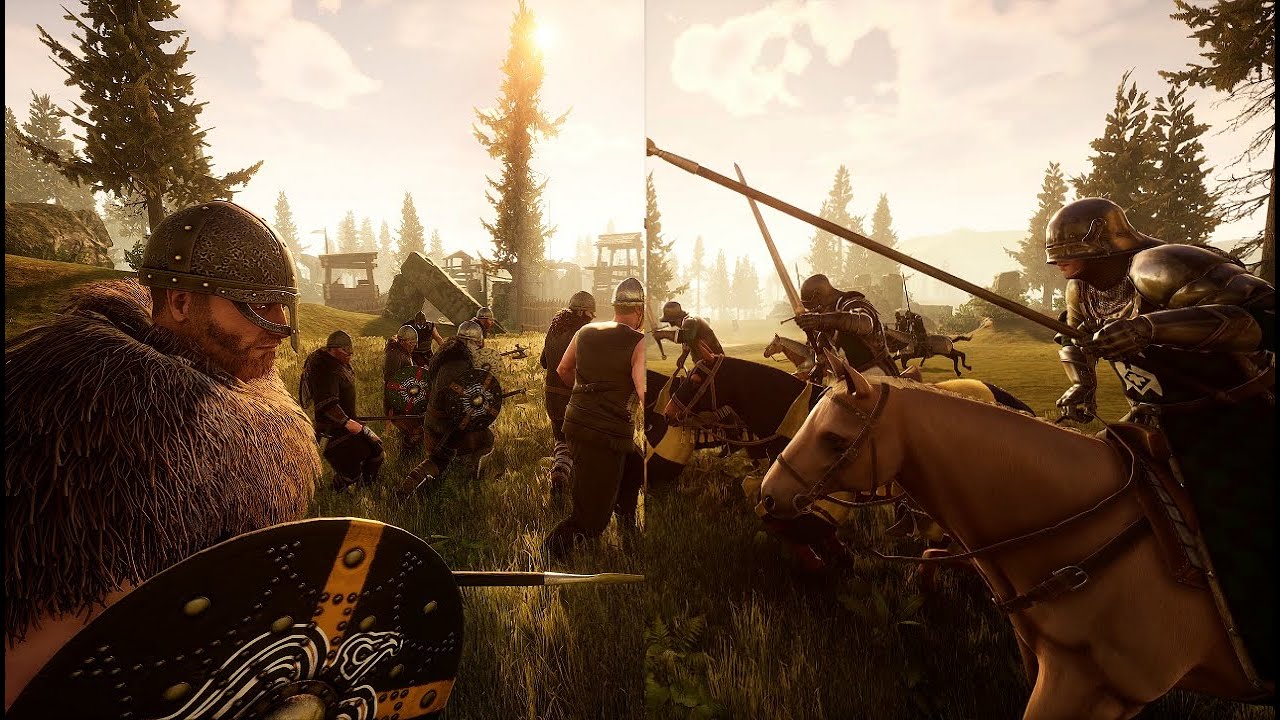 And that is including the lance, polearm and various specialization of knight classes. Had these two fought, would the battle be decesive as most people thing for one reason or another? It depends on far more factors than what was just aforementioned here but most people would always wager the more ruthless side with the least amount of restrain or recourse if everything else is divided nicely.