Vikings are considered by many to be the true explores of their time. they lived such free spirited lives. They looked to meet with new peoples in new lands and make their own maps and markers leading to these places as well as the resources and mark notable hostility and friendliness. Some of these Vikings have thoughts an ideas outside of war such as what Visit Sweden makes note of.

They write that , " According to Norse mythology, heroes slain in combat ended up in Valhalla – an afterlife destination in the shape of a lofty hall in Asgard, the realm of the gods. So, who are the Viking gods? Like the Vikings themselves, these are rather complex characters. Take Odin, the king of the Æsir clan, and the god of war, wisdom, poetry and death, riding his eight-footed horse ‘Sleipner’. Odin's wife Frigg is the goddess of relationships, protecting all mothers, despite frequent infidelities. Baldr – goodness personified – is the son of Odin and Frigg. Representing courage, he's killed by fellow god Loke, and forever mourned. 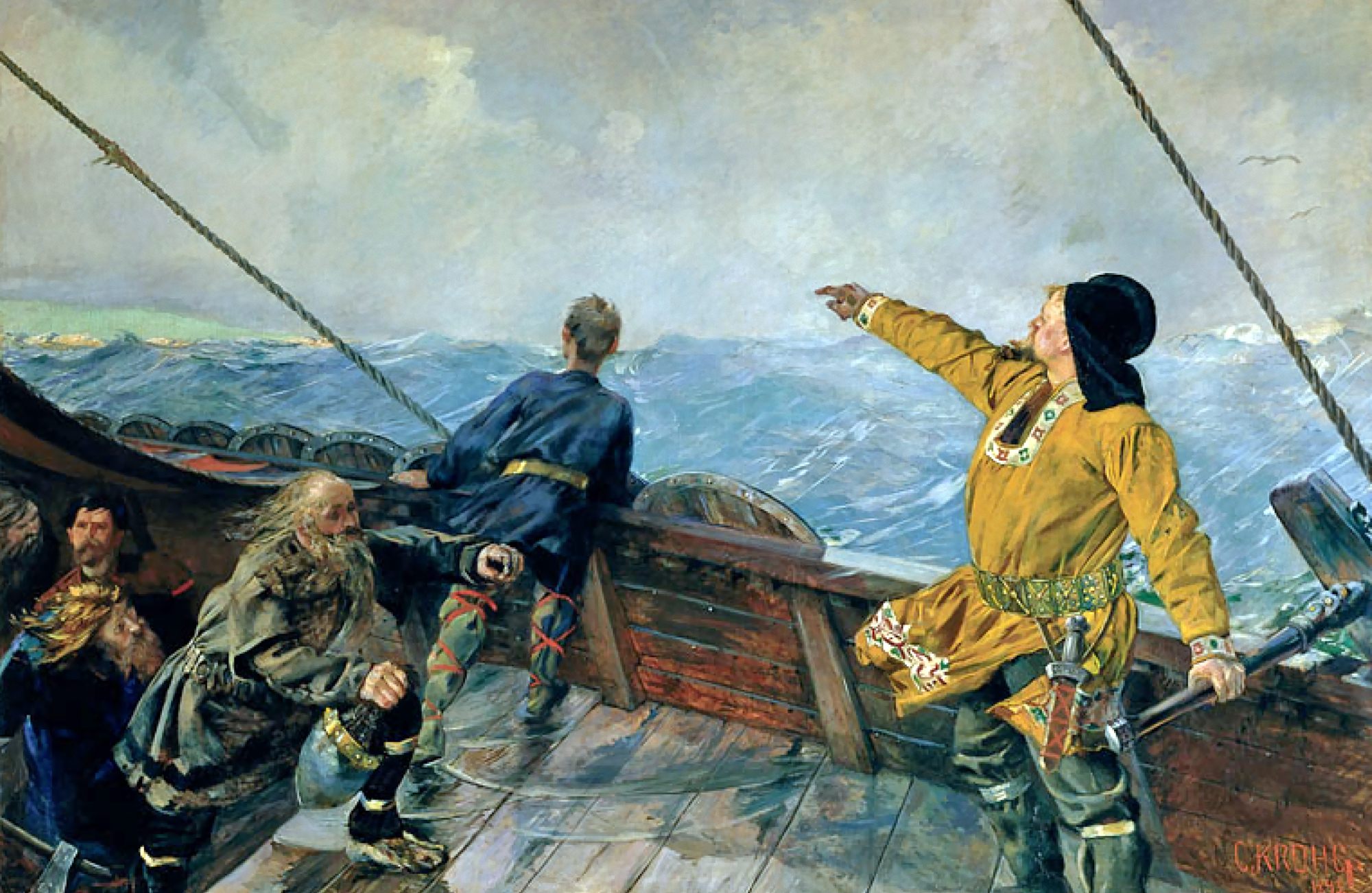 To continue the count, Freyr and his sister Freyja personify fertility and promote a fruitful harvest, healthy cattle and peace. Striding forth in thunder and lightning, Thor is also associated with fertility but more than anything, he has a talent for controlling chaos and keeping giants at bay – a task made easier with his beloved ‘Mjölnir’ hammer.

The Vikings' influence can be felt far and wide to this day. Their resourceful, nature-centric way of life continues to be a source of inspiration to many and their innovative techniques as shipbuilders are still in use today.

The Viking legacy is particularly evident in modern language and names. The 'thing' or ‘ting’ assembly was an early version of today’s parliaments and courts – ‘ting’ or ‘landsting’ in modern Swedish – developed by the Norse people to solve arguments and establish new laws.

Any surname ending with 'son' can be traced back to the Vikings as they brought in the 'son of' name structure. In Ireland and Scotland, the ‘Mc’ is the equivalent. Many of Britain’s towns and place names are derived from the Old Norse language, because the Vikings settled there – especially in northern and eastern England. Towns and places ending in ‘thorpe’ (an ‘outlying farm’ or ‘torp’ in Swedish today), ‘by’ (‘farm’ in Old English and ‘village’ in modern Swedish) and 'kirk' (meaning ‘church’ or ‘assembly’) are common. From Dunthorpe in Oxfordshire to Kirkby in Liverpool, the Viking presence is everywhere in England." Many Vikings actually had a lot to do with sailing in far off lands but a few of them have made their marks in history as highly notable and often topic of conversation. Some, Like Leif Erickson have even had locations named after them and still going today.

The dockyards site points out that these Norsemen have had the largest effect on the Viking legacy, "  Naddodd was a Faroese Viking who discovered Iceland accidentally, after his ship was blown off of its initial course in the North Atlantic Ocean. He actually intended to set sail to the Faroe Islands, but after a journey on a stormy sea, his ship and crew were unexpectedly forced to set ashore on an unexplored new land.


Gunnbjörn Ulfsson was a Norwegian Viking who firstly discovered Greenland after getting lost from his route from Norway to Iceland. When he returned to Norway, Gunnbjörn told others how he spent a winter in the frozen and rocky Greenland.

Erik Thorvaldsson (commonly referred to as ‘Erik the Red’) was a Norwegian Viking who is actually credited for discovering Greenland. He reached the south-eastern coastlines of Greenland after he was exiled from Iceland. Nevertheless, shortly after he had set foot on Greenlandic soil, Erik sailed back to Iceland in order to persuade other Norsemen to set sail with him and settle there. 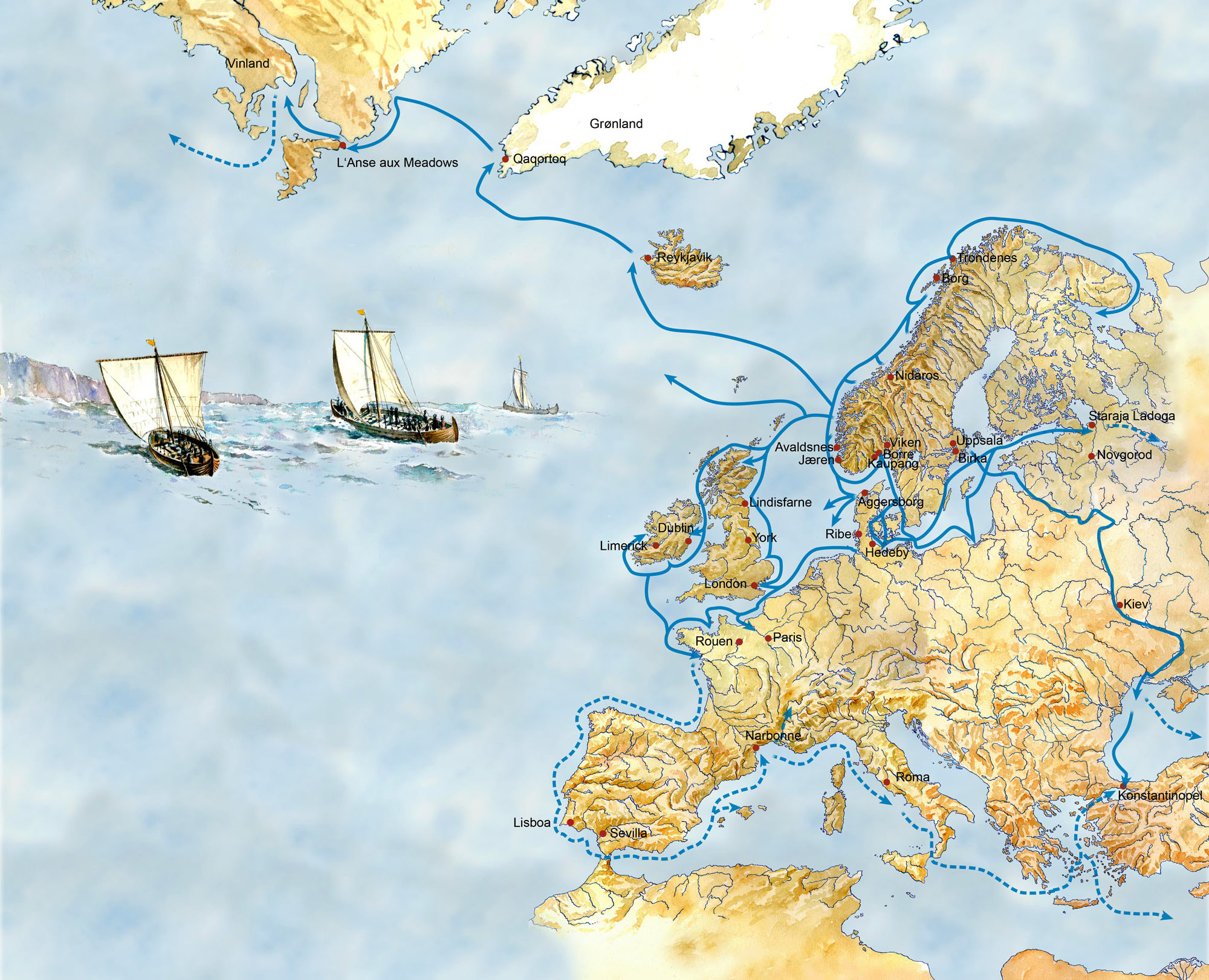 The name Greenland stems from Erik the Red’s accounts about a fertile land located in the west, referred by him to as ‘Groenland’. Doubtlessly, the story of Erik the Red involving the name of Greenland was nothing more but a mere euphemism, given the fact that much of the Arctic island’s territory wasn’t fertile at all, being either frozen or rocky, and thus uninhabitable.


Leif Eriksson (also recalled by his nickname ‘Leif the Lucky’) was the son of Erik the Red. A skillful explorer just like his father, he travelled to North America upon hearing the news about a land full of forests and lush meadows from an Icelandic merchant who spotted several eastern coastal parts of modern day Canada on through one of his voyages.

So it is that Leif Eriksson overtook Christopher Columbus in discovering the American continent by a margin of roughly 500 years. He gave the name Vinland to the newly discovered territory. Nonetheless, the Norsemen confronted themselves with harsh opposition on behalf of the Native Americans who were already living there, and as such they weren’t able of permanently settling the area where they landed.
"

Without the smaller contributions of the Vikings who pointed out the directions and made those markers along the way none of the bigger named ones would have made it so far on their own. It takes the footwork of a few to make a legacy so profound as the Vikings and make it part of the many.

1. "“Sweden's Legendary Vikings – beyond the Ruthless Stereotype.” The History and Culture of the Scandinavian Vikings | Visit Sweden, https://visitsweden.com/what-to-do/culture-history-and-art/history/vikings-beyond-the-stereotype/."