The Viking developed numerous tactics and strategies to deal with better equipped enemies and larger number in the enemy formations. A few of there ideas had taken their toll on their enemies and kept them in fear.

Viking shallow draught ships were a key element of Viking warfare, not in a sea-battle sort of sense, but because they were extremely fast and light, not only facilitating quick coastal strikes but also allowing them to head up rivers and penetrate inland. This came in use as, by the 830s CE, a general increase in both the size and the frequency of Viking raids is independently reported for Britain, Ireland, as well as western Europe (in particular in Frankish territories). Ramping up the number of ships in their fleets from the earlier handfuls to hundreds, the Vikings now began attacking targets further inland, such as their hits in 834-836 CE on the major trading centre of Dorestad some 80 km from the open sea in what is now the Netherlands. Named kings or earls from the upper levels of Scandinavian society – reflecting personal status at home, but not necessarily rulership of large territories - now crop up as leaders, too, besides the lesser chieftains who would also have remained in the limelight. Ravens were used as way to scout as they were already understood in this way, if only vikings were able to color cordinate there clothes with what we have here at the ship like the new Ravens Flight bomber jacket.

Like the rest of early medieval warfare in western Europe, Viking warfare could not simply ignore the encumbering effects of winter on campaigning and logistics. As such, it was generally a seasonal affair, with a built-in winter holiday initially back home in Scandinavia but increasingly in overwintering bases and settlements once they popped up in Viking-held territories abroad. From such settlements the Vikings could participate in local politics, tactfully choosing sides, reaching agreements with their enemies, securing the payment of tribute, and launching new campaigns.

Even when it comes to inland battles, the Vikings' beloved ships remained crucial wherever they could be put to use. The ships had a shallow enough draught to paddle up the larger rivers, carrying anything from men to supplies and loot, meaning that whenever the Vikings campaigned near areas their ships could reach they had no need for annoyingly slow overland baggage trains. They probably wish they could have some modern quality of life changes like our Store Pillows or even our stainless steel water bottle. 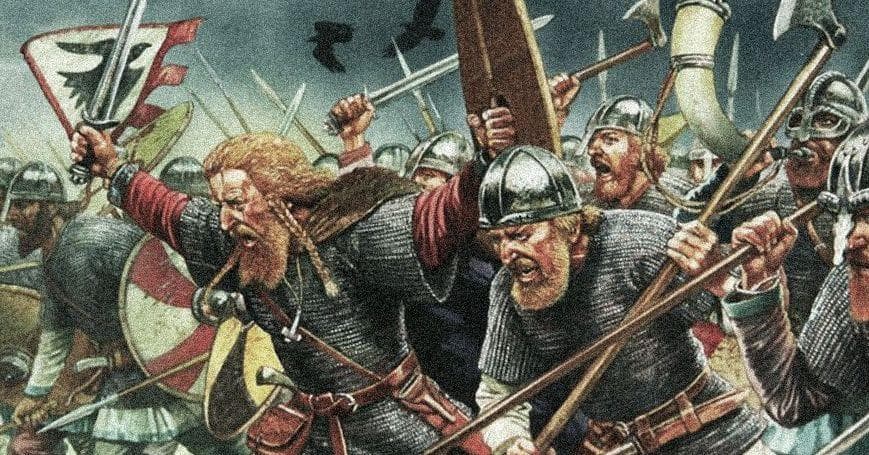 Lots of theories have been proposed in an attempt to explain this tremendous outpouring of military exuberance from Scandinavia during the Viking Age.

Some have speculated that the Vikings had run out of vital resources in their homelands, and needed to expand abroad in order to procure such necessities for survival as food and arable land. But no such population pressures existed in Scandinavia in the Viking Age, so this theory holds little weight.

2. Curry, A. (2021, May 3). How to fight like a viking. History. Retrieved March 7, 2022, from https://www.nationalgeographic.com/history/article/vikings-fight-warfare-battle-weapons