Vikings walked the earth  from A.D. 800 to the 11th century. Many Scandinavians started their life by leaving their homeland in search of fortune and a way to provide for their family. They question posited now is are they still among us?

"You've probably seen those types of Vikings on cartoons and television shows. They're also popular in fantasy novels that mine the depths of Viking lore and mythology. But are these common portrayals of Vikings accurate? And do these people still exist today?", Says Wonderopolis.

"So do Vikings still exist today? Yes and no. No, to the extent that there are no longer routine groups of people who set sail to explore, trade, pillage, and plunder. However, the people who did those things long ago have descendants today who live all over Scandinavia and Europe.

In fact, in many Scandinavian countries, there are large groups of people who dedicate their lives to living as the Vikings did long ago. For example, both Norway and Sweden have Viking villages filled with people who live like Vikings in the modern era, recreating the tools, boats, and ways of life the Vikings established over a century ago ". Im sure if they did exist now they would have picked up one of these CHAOS SERPENT BRACELET .

This leaves us with many descendants of the Vikings but around how many of them are actually around with direct links? Daily mail has already done some of their own research into these questions.

"Almost one million Britons alive today are of Viking descent, which means one in 33 men can claim to be direct descendants of the Vikings.

Around 930,000 descendants of warrior race exist today - despite the Norse warriors’ British rule ending more than 900 years ago.

A genetic study carried out by BritainsDNA compared the Y chromosome markers - DNA inherited from father to son - of more than 3,500 men to six DNA patterns that are rarely found outside of Scandinavia and are associated with the Norse Vikings ". With that many around you would think they would pick up Blood red items the Vikings  chose like this Item. 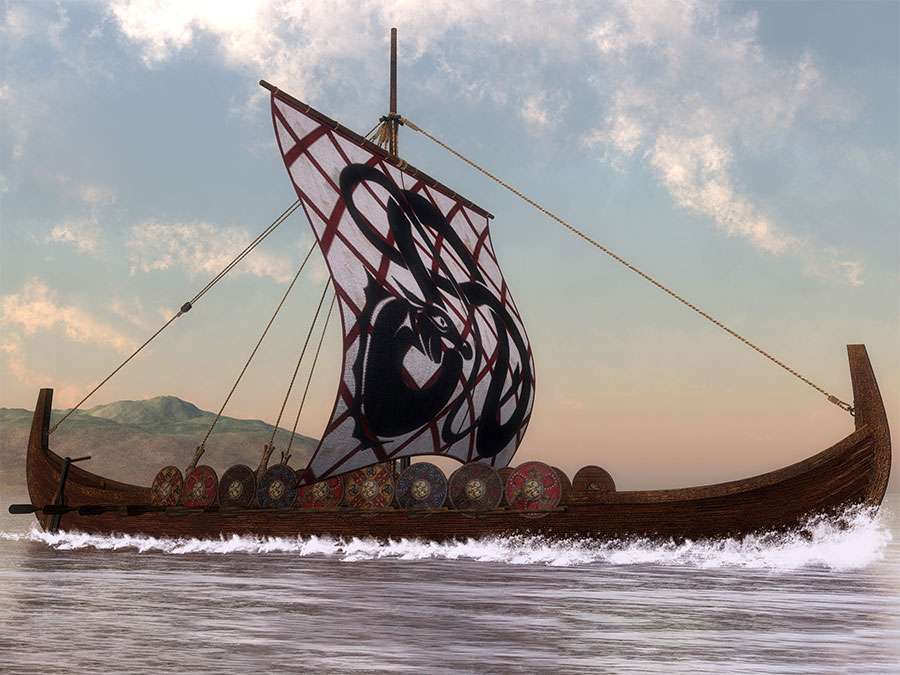 It turns out there are many different descendants of Vikings and some even practice and live out their lives like them within reason. Vikings are very much seen as a novelty in history but have still much historical significance as findings are still being presented and topics about how far they had gone and tales of their encounters will be told for decades to come.

2. Reporter, Daily Mail. “A Million Vikings Still Live among Us: One in 33 Men Can Claim to Be Direct Descendants from the Norse Warriors.” Daily Mail Online, Associated Newspapers, 10 Mar. 2014, https://www.dailymail.co.uk/news/article-2577003/A-million-Vikings-live-One-33-men-claim-direct-descendants-Norse-warriors.html.