Discipline and practice goes head to head with in your face savagery of the most brutal kind. Many people wonder in this day and age which of the two in a collision of brute strength and flawless practice and perfection of the bushido code , which would come out on top? Through peer reviewed research we have some ideas on the subject and how things would likely go down.

Alan S Brown explains that, "The samurai would have undergone years of rigorous training and wielded his famed katana sword. The Viking would have come from a warrior culture whose battle-axes terrorized Europe for centuries.

How do you resolve an argument like that? You call in a mechanical engineer. After all, someone has to measure the effect those weapons have on armor and shield, flesh and bone. It's not very different from the methodology automakers use for crash dummies or the military uses to assess weapons and defense.

Spike, the cable TV channel, raises the question weekly in its series Deadliest Warrior. It relies on Geoff Desmoulin for answers. When he started at it two years ago, Desmoulin was a graduate medical engineering student studying combat helmet design and blast injuries at Wayne State University. He is currently working at a biomedical devices company while pursuing a Ph.D. in mechanical engineering at the University of Calgary.

Take, for example, the ball-and-chain. Action fans might remember it from Braveheart, when Mel Gibson uses one. 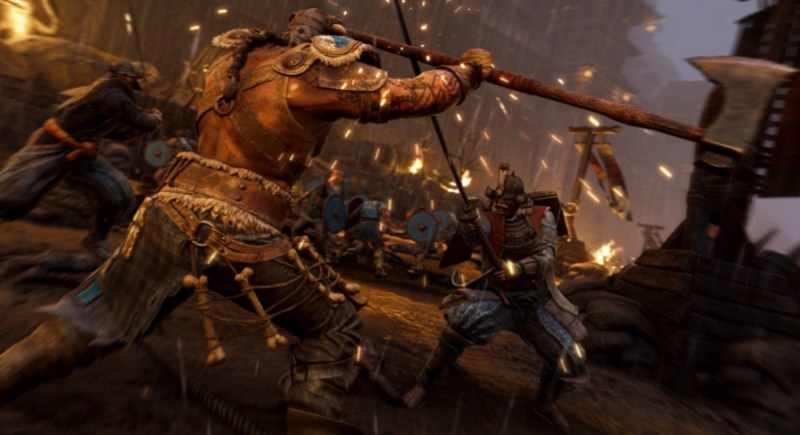 “From that scene, you would think the ball-and-chain was not a hard weapon to wield. Gibson swings it with one hand and gets it right in the guy's face,” Desmoulin said. “Our expert needed two hands to control it, and it was not a killing tool. It was used to break the ranks of the army lined up in front of you, then you’d rush in to attack. Its impact was like getting hit by a heavyweight boxer.”

The morningstar was a killing weapon, a spiked metal mass attached by a chain to a wooden handle. Measuring its impact proved a challenge.

“Because the spiked mass moves independently of the handle, measuring the handle is meaningless,” Desmoulin said. Instead, he measured the impact of the mass on the head of a gel torso.

“We put a 3-D accelerometer on one side and hit the other,” he said. “We multiplied the acceleration of the 8 kilogram head mass to find the force and divided by the cross-section of a spike. We found it had 16 times the pressure needed to fracture the skull.”

It sounds simple, but it was not. The morningstar expert could barely control the weapon. “Once, he almost hit himself in the leg. Another time, he hit something as he started his swing and lost control. He was wearing hard shell foam armor, but it wouldn’t have done anything. The lack of control made it hard to align the impact plane with the accelerometer,” Desmoulin said.

Engineering in service of a bloody spectacle has made Deadliest Warrior a hit. It averaged 1.8 million viewers per broadcast, and between 600,000 and nearly 1 million views per episode online (www.spike.com/show/31082).

“My prediction was that the samurai would have cut the Viking to pieces,” he said. “But it turns out that Viking chain mail armor was very effective at dispersing the impact of the samurai katana, which was a slashing weapon. The Viking took him.”

Now this might be a shocker to some but that episode, while a bit on the less accurate side , has all the answers right there in the video. as much as i wanted there to be a more fair fight between them considering the tools and physical statures this is more than likely how it would turn out.