The old Vikings had many ways to teach their young without the actual experience of war when the children were still learning and kept from most dangers of the world. One of the ways they did this was through board games while innocent enough in appearance could easily be translated in combat strategies and flanking routes and to see the battlefield as well as more normal issues from different view points and even sounding the retreat. It was , "During quieter periods the Vikings played board games, which were a popular pastime at all levels of society. Preserved gaming pieces and boards show how highly the Vikings valued such activities. Attractive games boards were made of wood, featuring elaborate carvings, whilst the pieces were mainly made from stone, wood and bone. Glass, antler and amber were also used for gaming pieces, together with materials of foreign origin, such as ivory and walrus tusk. 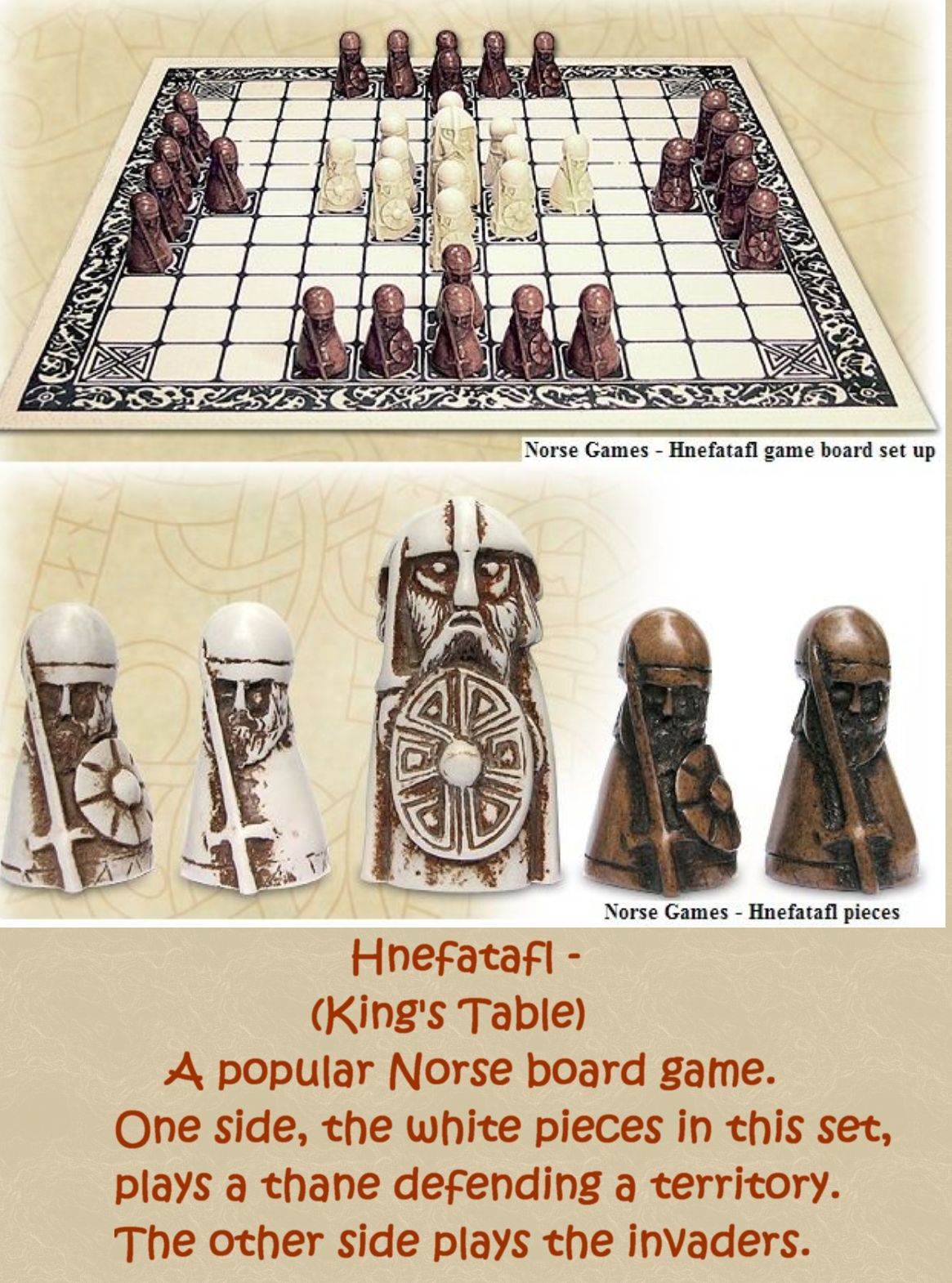 From written sources we know that the Vikings played “hnefatafl” and “nitavl” (Nine Men’s Morris) and chess also appeared at the end of the Viking period. Hnefatafl is a war game, in which the object is to capture the king piece – a large hostile army threaten and the king’s men have to protect the king. It was played on a board with squares using black and white pieces, with moves made according to dice throws. Even if the game took place at times of relaxation, perhaps it could also teach the players how to plan attacks?

There were also gambling addicts in the Viking period who were not satisfied merely to play for fun. In one saga you can read the following warning: ”There is one thing that you should avoid like the devil himself, that is drunkenness and board games, whores and bets and throws of dice for profit”.

Keeping this all in mind it isn't easy to determine how these played out but we have some ideas based on the written records we do have and, " It is difficult to know exactly how the Vikings fought, when they did not leave any written records behind to describe this. If we examine the contemporary European written sources, which describe their plundering, these rarely provide any information about the forms of combat they used. However, we can find out more about Viking battle techniques by looking at the weapons that they left behind just like we found out they drank so much by leaving these Mugs behind."

There were a few battles that were accurately analyzed from multiples sources and the way they have fought according to those reviews are pretty staggering.